Google’s commitment to multi-screen advertising took several steps forward this week with the announcement of upcoming product enhancements, revealed at the Google Ads & Analytics Keynote speech at the 2016 Product Forum. The changes will be of interest to anyone using AdWords and Google My Business/Maps.

One surprising and significant change in AdWords, which will please advertisers, is the discontinuation of the 25/35/35 character limit. This 15-year- old rule will be replaced later this year with more prominent 2 x 30 character headlines and a single 80-character description line. The display URL can be automatically extrapolated from the final URL, or manually enhanced as before. The ad character changes look like this:

Another important change is the introduction of individual bid adjustments at device level. When Google introduced Enhanced campaigns in 2013 one of the criticisms was the ending of mobile only campaigns. Enhanced campaigns introduced mobile bid adjustments, but they were tied to desktops and tablets, making it possible to increase mobile bids to encourage traffic, but not to reduce desktop or tablet bids. The latest announcement rectifies this, giving advertisers the ability to adjust bids up or down on all three device types separately, across all campaign types. We will also have an increased adjustment range of up to +900%.

As for display ads on mobile, Google has this covered too. New, responsive, dynamic ads are being introduced to mobile devices. The ads will adjust in size according to screen and only require the advertiser to input a headline, description, image and URL. The ads will automatically match the look and feel of your site content. 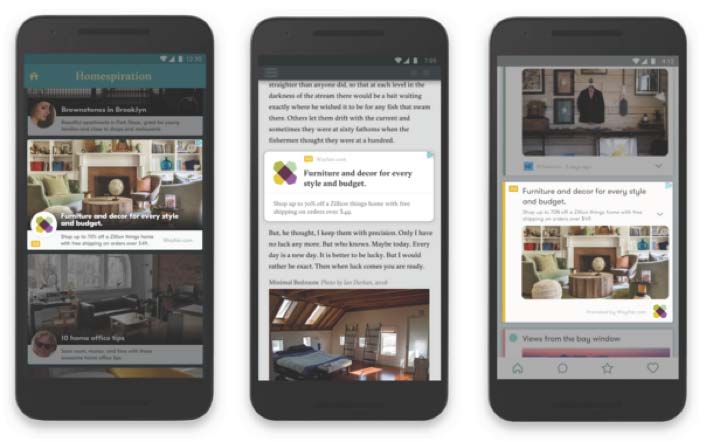 Google has always played the long game as far as Google+, GMB and Google Maps go, but the latest developments confirm our long held suspicion that all the changes over the last few years have been leading to the monetization of the service. Citing data that indicates a third of all mobile searches are local, speakers at the summit announced the introduction of “Promoted Pins”, which will take the form of little branded ads for businesses of interest along your route. Advertisers will need to be utilizing Location Extensions in AdWords to appear.

The AdWords Blog further reveals that Google is “experimenting with a variety of ad formats on Maps”, many of which will come online in the following months. One confirmed format that will surprise no one is Local Search Ads for Google Maps, sponsored listings that will display at the top of the maps results box. What’s not clear from the announcement is if these ads will only show for Google Maps searches or if the additional ads will also be displayed on Google Search Engine’s Maps results. If so, it leads to a further demotion of organic results below the fold.

As Google moves into a Mobile-First world it’s only logical for marketers to move with them. All of the changes to AdWords and GMB announced so far are solidly positive and early adopters should certainly see the benefits. As far as Google’s reputation as an innovator goes, we don’t feel that their position as market leader is under any threat just yet.