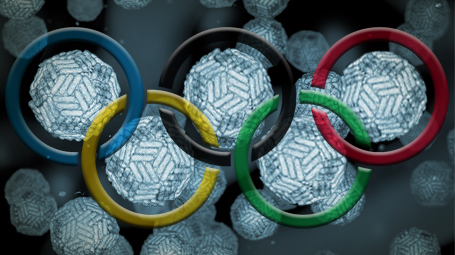 In the world’s greatest sports venue, where heroes are made and confirmed, the media side of the Olympics may owe their biggest thanks to a bunch of bad news bugs.

That number doesn’t include local revenue or digital revenue.

The record breaking 1.2 billion in sales is 20% over the 2012 London Olympic sales and the commercial time was booked weeks earlier than ever before.

Why? Because of superstars like Michael Phelps and a strong line up of American athletes?

Certainly they had something to do with it, but most marketing analyst say one of the biggest factors was the Zika scare.

For months before the Olympics, Zika was the top news story, and those stories often included the fact that Brazil was not only the host of the Olympics, but had a major Zika problem.

The convergence of uplifting ideals and terrifying virus made people focus on the Olympics well before they normally would.

Marketers naturally assumed all this pre-pre- publicity was going to result in more eyeballs than ever before and quickly made media buys to secure their spot.

Hopefully the other benefit of this strange mix of good and bad will also result in more dollars, both public and private, gong to controlling the Zika virus.

Maybe NBC can even take some of their record profits and help fight the Zika virus.

If you’d like to donate there are many reputable charities that are collecting funds, including – www.unicefusa.org/donate/protect-babies- zika/29913