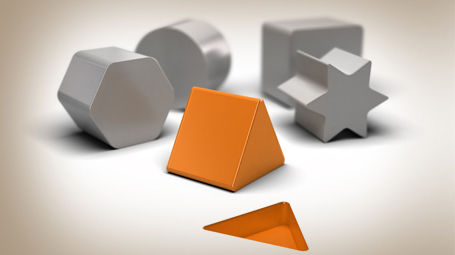 In case no one has told you before, the world of all things web has multiple points of failure – so many reasons why a website can go “down” – lurking just around the corner, waiting to jump out and ruin your productivity for the day. In website troubleshooting is the problem DNS related? A problem with the server? Does it work in one web browser or computer and not on another? Is a misplaced semi-colon in the code rearing its ugly head and wreaking havoc? And furthermore, why did it work yesterday and now it doesn’t – when seemingly no one has touched it?

With over 15 years in the web development field, I’ve seen my fair share of website troubleshooting. Some problems are easily solved while others require a bit of detective work. That’s where deductive reasoning comes in.

I loved working on logic puzzles when I was younger. You know the ones…

“Sally has the yellow backpack but did not carry the pencil case with her. Neither Tara nor the boy with the pencil case rode the bus to school. So, WHO ate pizza for lunch?”

(Editor’s Note: The puzzle above is for illustrative purposes only…it has no hidden answer! Don’t pull your hair out trying to solve it!)

Eventually you’ll get to the correct answer, but it requires asking a lot of questions, cycling through the clues many times – and applying a lot of deductive reasoning.

The same is true for website programming and troubleshooting. A computer / server / code will only do what the programmer tells it to do (at least when you’re not talking about artificial intelligence, but let’s leave that out of this conversation). Generally speaking: I gave it this set of instructions and I expected the outcome to be ‘this’… but got ‘that’ instead. Why?

When a client calls and says “my website isn’t working” its like solving a logic puzzle. You start with the most obvious culprits, answer some questions, eliminate some variables, and there you go – fixed!

Sounds easy enough, right? Not so much. Just like a logic puzzle, you only get small pieces of information at a time, applying each clue to what you know at the time (or what you don’t know), eliminating wrong answers along the way, repeating and rethinking your approach, until enough pieces of the puzzle come together that allow you to solve the problem.

That’s why we ask so many questions during the process. If x + y is making z happen, then how does abc fit in – and if I knew the value of w it might help but that’s locked up in a box whose key was lost years ago.

I think it’s the challenge that has always appealed to me. Answering un-answerable questions. Solving un-solvable problems. A game that is waiting to be won – no – conquered! Every question has an answer, sometimes multiple answers. Some solutions can only be found by walking down a road with many crossed paths along the way.

The key to being a successful troubleshooter is the ability to re-think, re-look, re-try.

Of course, it helps to have some tools to help you along the way (like deductive reasoning, past experience and an analytical mind).

When one path leads to a dead-end, backup and try the other fork in the road instead – there’s a lot to be learned along the way.

Keep your mind sharp – try out some of these logic puzzles!

Color trademarks keep some in the green