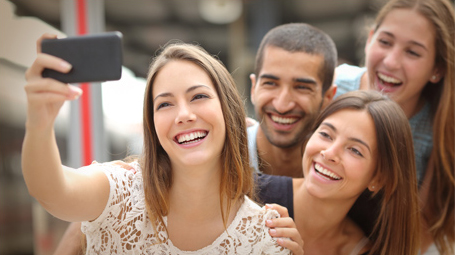 For the last few years, the belief that most teens have left Facebook for a host of other social media platforms, like Snapchat and Instagram, has gained momentum.

It makes sense, considering all the parents and grandparents that are using Facebook. What teen wants to be in that crowd?

Well, according to a new research study about where teens are spending their time online it turns out the “old folks” haven’t scared the teens away.

In fact, Facebook usage by 13 to 18 year olds is actually on the rise.

Perhaps even more eye-opening is that Facebook has higher daily usage by 13 to 18 year olds than Snapchat and Instagram.

So while this is certainly good news for Facebook, what may portend a less than bright future for the teen/Facebook relationship is that only 13% rank Facebook as their favorite social site.

Perhaps most important for marketers is the surprising 44% of teens who engage with ads on Facebook. That number is 11% higher than just two years ago.

So all those advertisers who abandoned Facebook to follow the teen demographic to more fertile grounds, may actually have given their competitors an edge.

The Internet world is a fast changing place, where once great marketing platforms can become ghost towns virtually overnight.

The real secret to successful social media marketing could be to seek out facts before you act on an assumption.