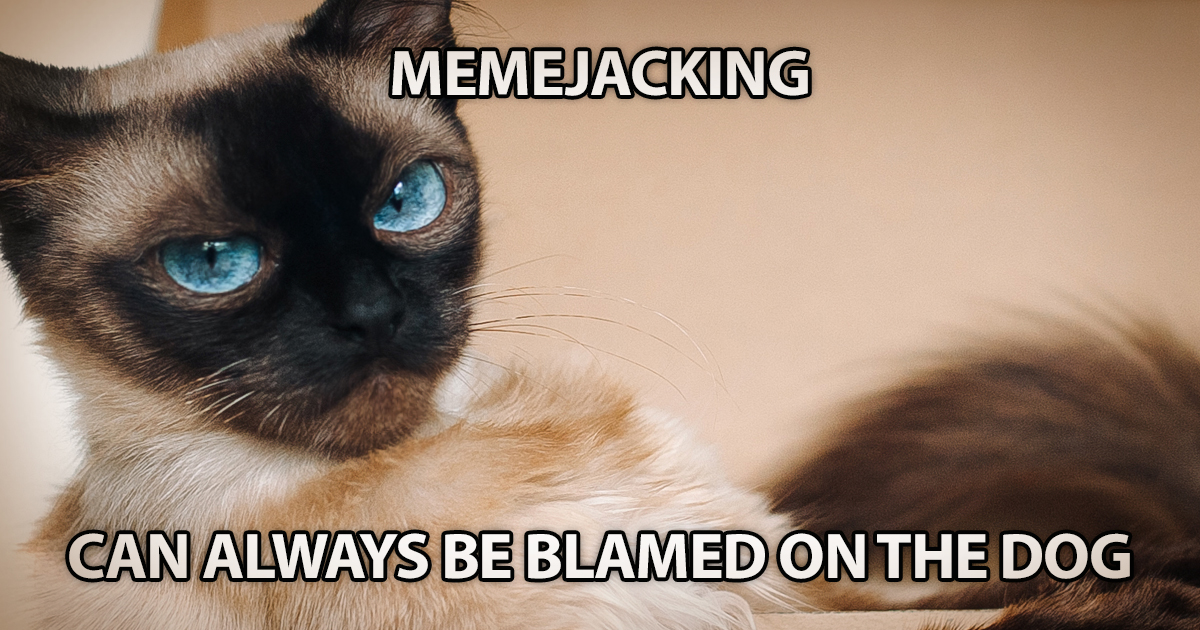 Everybody loves a good meme. Heck, some of them get millions of shares and likes and roll all around the social universe. This can make them very tempting for some marketers.

A meme is typically an image with an amusing statement written on it. The inclusion of video memes is also gaining traction. Memes tend to not have a long life; what was on everybody’s social feed yesterday is usually gone by tomorrow.

The longest-lasting ones are the memes that people can customize with their own jokes that their circle friends relate to.

With millions of views, it can be tempting to want to hook your wagon (i.e. brand) to a runaway viral meme and launch your brand to the next level. This is often called meme-jacking. But just like in hijacking, meme-jacking comes with considerable risks.

The cornerstone of memes is humor. If it’s not funny, it won’t gain traction. But just because a meme is hilarious doesn’t mean it’s the type of humor that is appropriate for your brand or your target market.

Meme-jacking can also make your brand look like it’s trying too hard to be cool or can come across as opportunist or out of touch.

The other issue is that a lot of well-known memes are actually trademarked or have copyright protection. Do you remember those funny memes featuring a grumpy looking cat? That’s owned by a corporation called Grumpy Cat Inc. and they most likely wouldn’t be happy with you using their cash cow (cash cat?) without paying them.

Like everything in the social media world, you want to be sure your brand is being portrayed in a positive light. While there have certainly been some very successful cases of meme-jacking, it isn’t something you want to do without considering the value, legal ramifications and brand appropriateness of the effort.

If you’d like to learn more about how to keep your social media marketing from making you grumpy, give Insight Marketing Design’s social media experts a call at 605-275-0011.

Insight is top of class in Education Advertising Awards

How long is too long for a Domain Name?