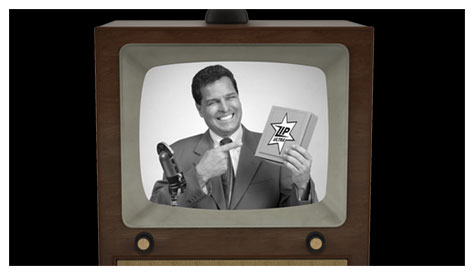 The sky is falling! The sky is falling! Or maybe it’s just slipping a little. While tv commercials as a marketing platform are certainly under serious competitive threat, it’s too early to write off television. According to Nielsen, television ad revenue in the United States in 2011 totaled $71.8 billion, up 5 percent from 2010. These ad revenues were larger than any other medium.

So why does this dinosaur of mass communications continue to survive? One important reason is that it truly is mass communications. Even with DVR and movie services like Netflix, cable and network television still provide the most effective way to reach a huge audience.

Despite the almost constant presence of internet messaging, television is still viewed as the primary driver of brand awareness. Perhaps no more proof is needed for that statement than the fact that even huge internet based companies like Google and Bing turned to TV commercials to increase their brand awareness.

But if you’re going to invest your marketing dollars in television or any medium it pays to remember the wisdom of 1960’s marketing iconoclast Howard Luck Gossage, “…nobody reads ads. They read what interest them, and sometimes it’s an ad.” In other word, if your television commercial isn’t interesting, no one will watch it.