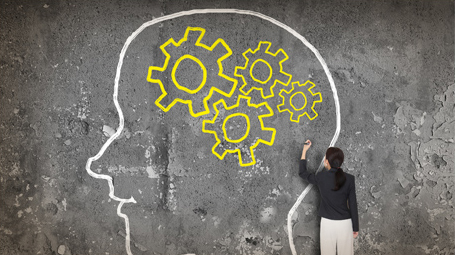 Recently, a fellow writer and friend of mine was responding to another person’s LinkedIn post.

Being a very knowledgeable and attentive writer, he corrected himself in the comment section.

For most, this was the end of the story of a simple typo. But it got me thinking.

To me, “here’s the think” was an invitation to think about the next few points he was going to present.

To consider something from different angles and to open my mind to his position on the subject and then decide if I agreed.

The accepted and common “here’s the thing” comes with a lot of baggage.

When I see that statement, I assume the person is going to list all the reasons whatever they’re responding to is wrong, stupid and thickheaded.

It portends a more closed minded approach to responding to a situation and leaves no room and grants no permission for thinking by the reader.

The writers of “here’s the thing” typically have made up their mind and that is that.

The English language is constantly in flux.

New words and saying are added. Old words are forgotten and lost through disuse.

The marketing world is one of the foremost inventors of new words and sayings because of the reach of advertising and the necessity of creating something different.

So here’s the think about this blog post: inviting people to think about your message can certainly be a more persuasive way of creating involvement than just telling people what the “thing” is.

Getting sales cooking for the holidays